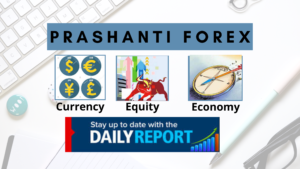 Yesterday Lucknow becomes first city in UP to list municipal bonds on BSE. The Rs 200 crore LMC bond, which was launched on November 13, was 4.5 times oversubscribed and closed at 8.5 per cent coupon rate for 10 years, which is the second lowest rate of all the municipal bonds launched till date.

The city of Lucknow is the ninth in the country to have raised municipal bonds that have cumulatively touched around Rs 3,600 crore.

Municipal bonds are bonds issued by urban local bodies to raise money for financing specific projects such as infrastructure projects. The Securities and Exchange Board of India regulations (2015) regarding municipal bonds provide that, to issue such bonds, municipalities must:

This is a good way to raise Funds for spending on infrastructure without cutting a hole in Taxpayers pocket. Good Governance and Financial discipline will be a key to success of this market.

The municipal bond market is the largest and most important US capital market for state and municipal finance, with about $4 trillion in market capitalization, 55,000 issuers, 1.5 million bond issues, and 100,000–200,000 new bonds issued each year.

Subscribe to our Blog
By subscribing to our blog, you will automatically get a mail every time we publish any post
Book an Appointment
CEO – Rajat Prasad