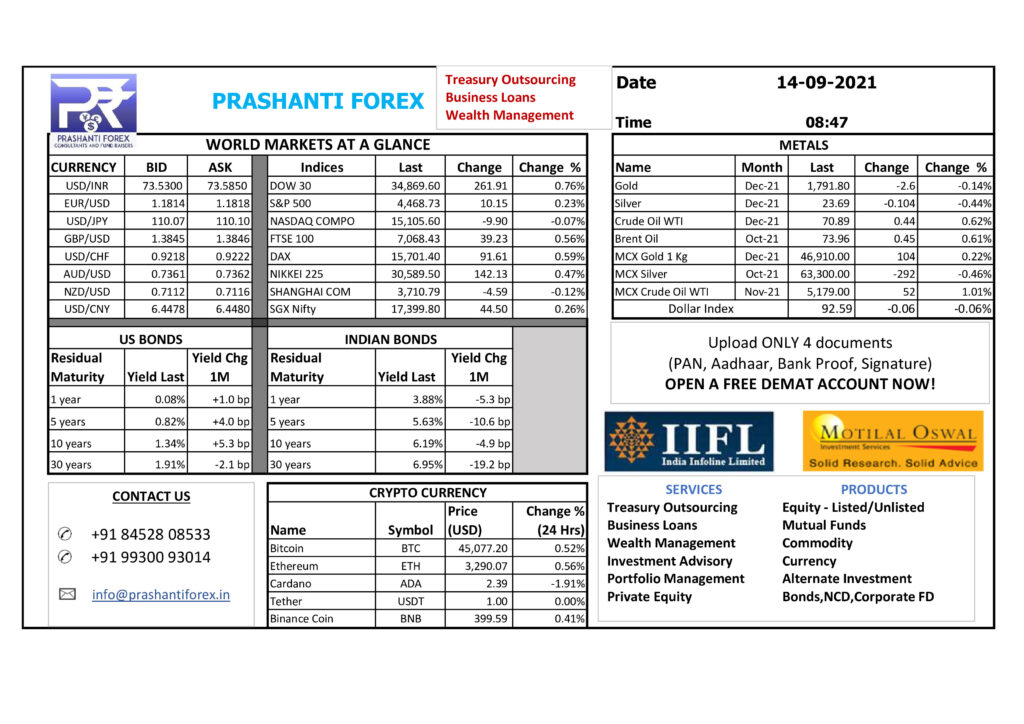 The dollar was little changed against other major currencies on Tuesday as investors looked to U.S. inflation data later in the session for clues on the timing of policy tightening by the Federal Reserve.

Asia’s share markets were mixed and the dollar held steady on Tuesday, with investors awaiting U.S inflation data for more clues on when the Federal Reserve will taper stimulus.

Oil prices extended gains on Tuesday, hovering near a six-week high, on signs another storm could affect output in Texas this week even as the U.S. industry struggles to return production after Hurricane Ida wreaked havoc on the Gulf Coast.