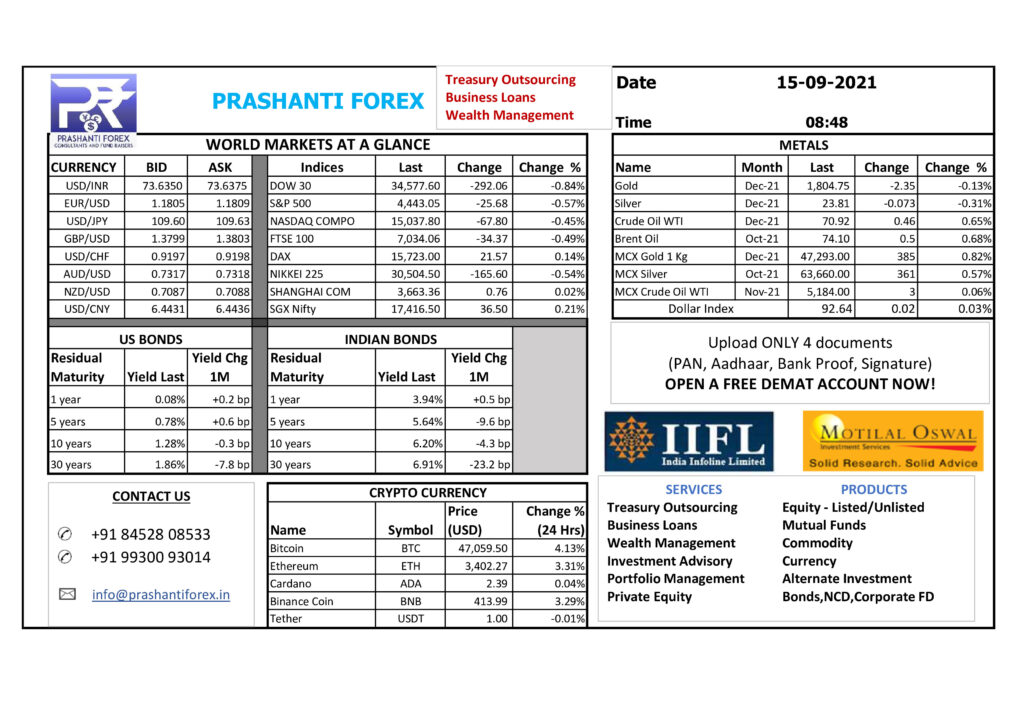 The dollar drifted within recent ranges against major peers on Wednesday after softer-than-expected U.S. inflation raised doubts about a taper of Federal Reserve stimulus this year.

The dollar index stood at 92.632, little changed from Tuesday, when it dropped following the inflation data only to recover on haven demand as stocks slid on Wall Street. One euro bought $1.1808 on Wednesday, mostly flat from the previous session.

The dollar slipped slightly to 109.595 yen, keeping close to the centre of the trading range of the past two months. The U.S. currency edged higher against its antipodean rivals though, adding 0.1% to $0.7316 per Aussie and rising about the same margin to $0.7088 to New Zealand’s kiwi.

Asian shares fell on Wednesday as weak Chinese economic data reinforced worries about slowing growth globally as well as in the world’s second-biggest economy amid fraught nerves over a still-dominant pandemic and tapering of central banks’ stimulus.

MSCI’s broadest index of Asia-Pacific shares outside Japan dropped 0.82%, extending earlier losses after the release of the Chinese data, while Tokyo’s Nikkei shed 0.89%, moving off a more than 31-year closing-high the day before. The Hong Kong benchmark shed 0.87% dragged down by casino stocks.

Overnight on Wall Street, worries about slowing growth saw the Dow Jones Industrial Average  lose 0.84%, while the S&P 500 fell 0.57% and the Nasdaq Composite was down 0.45%.