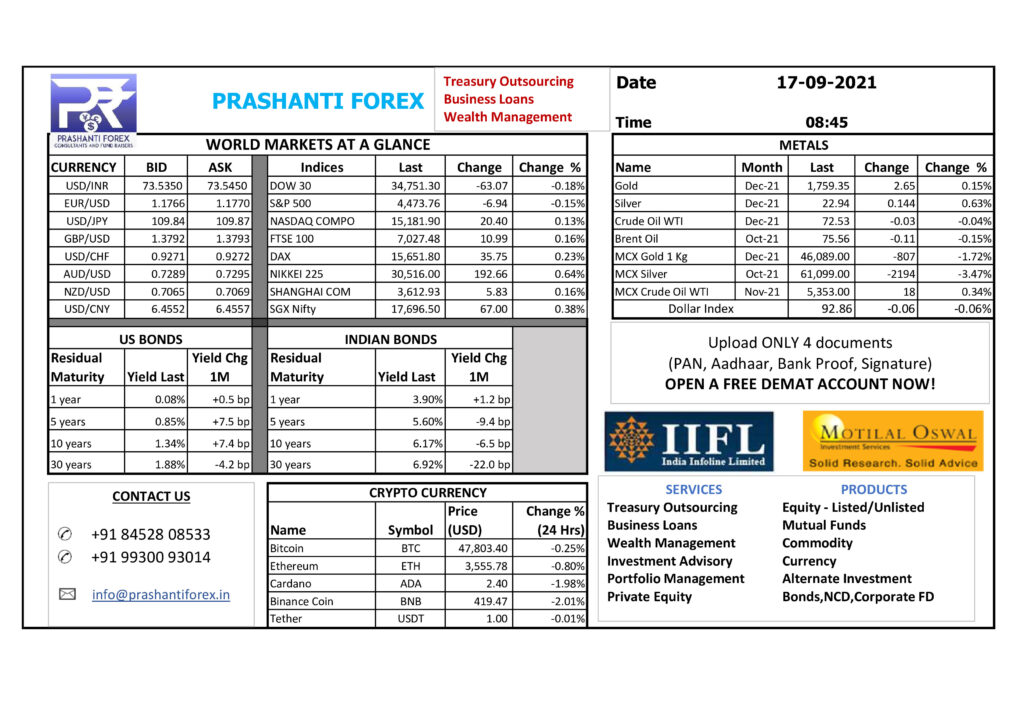 The dollar held near three-week highs against a basket of major currencies on Friday after a raft of strong U.S. economic data rekindled expectations for earlier policy tightening by the U.S. Federal Reserve. U.S. retail sales unexpectedly increased in August, rising 0.7% from the previous month despite expectations of a 0.8% fall, while business sentiment survey by the Philadelphia Fed also showed a big improvement.

Asian shares steadied in early trading on Friday after losses earlier in the week, but China jitters and global growth concerns weighed on investors’ minds, while the dollar sat near a three-week high.

MSCI’s broadest index of Asia-Pacific shares outside Japan recovered from early losses to trade flat, but was still down 2.7% on the week. Hong Kong’s Hang Seng Index rose 0.5% after posting its lowest close in 10 months the day before. Australian shares fell 1.03%, as a fall in iron ore prices hurt miners. However, Chinese blue chips eked out a 0.26% rise and Japan’s Nikkei edged up 0.42% to head back towards a 31-year high hit on Monday.

Oil prices barely moved on Friday even as more supply came back online in the U.S. Gulf of Mexico following two hurricanes, with benchmark contracts on track to post weekly gains of around 4% as the output recovery is seen lagging demand.