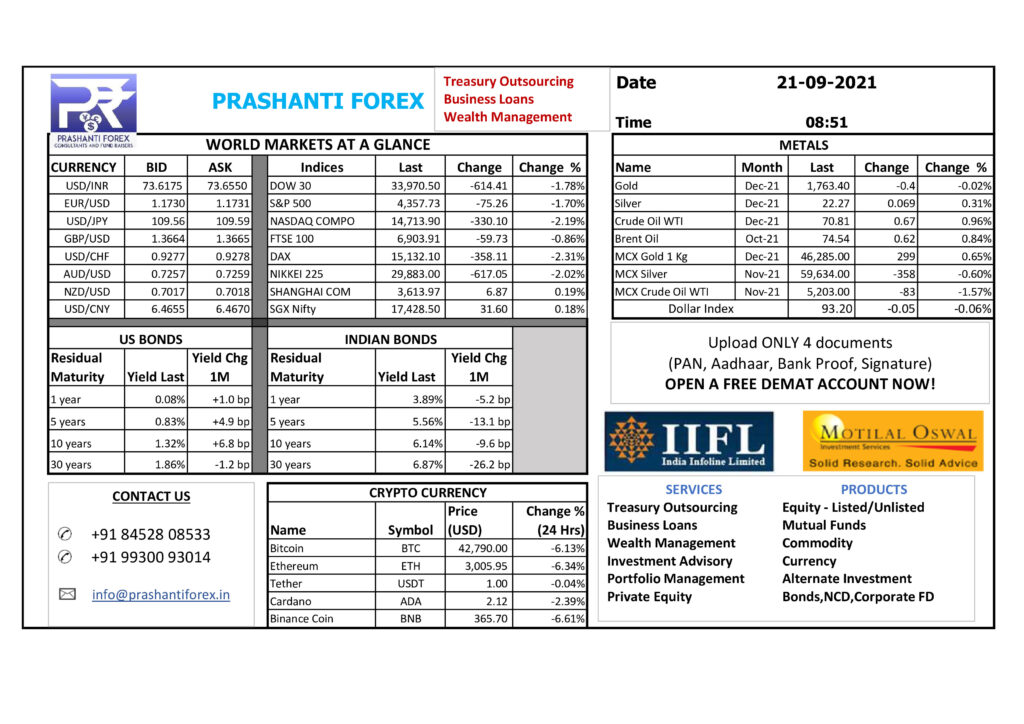 The offshore yuan wallowed near an almost one-month low on Tuesday while the safe-haven dollar and yen stood tall as investors sought shelter from a potential China Evergrande default.

The U.S. currency had already been rising on expectations the Federal Reserve will signal a start to stimulus tapering at a two-day policy meeting that ends Wednesday. The greenback was mostly flat at $1.17245 per euro after gaining to $1.1700 overnight, also a first since Aug. 23. The yen eased back about 0.2% to 128.50 to the single currency, but still close to its high of 128.155 from Monday, a level not seen since Aug. 20. The dollar rose 0.18% to 109.58 yen, trimming some of its overnight losses, but with the pair still meandering near the middle of the trading range of the past 2-1/2 months.

Japanese stocks declined as they returned to trade following a Monday holiday. The Nikkei 225 dropped 1.84% while the Topix index shed 1.74%. Hong Kong’s Hang Seng index, which was dragged down by more than 3% on Monday amid investor fears around Evergrande, fell 0.79% in Tuesday morning trade. In Australia, the S&P/ASX 200 dipped 0.27%. MSCI’s broadest index of Asia-Pacific shares outside Japan traded 0.5% lower.