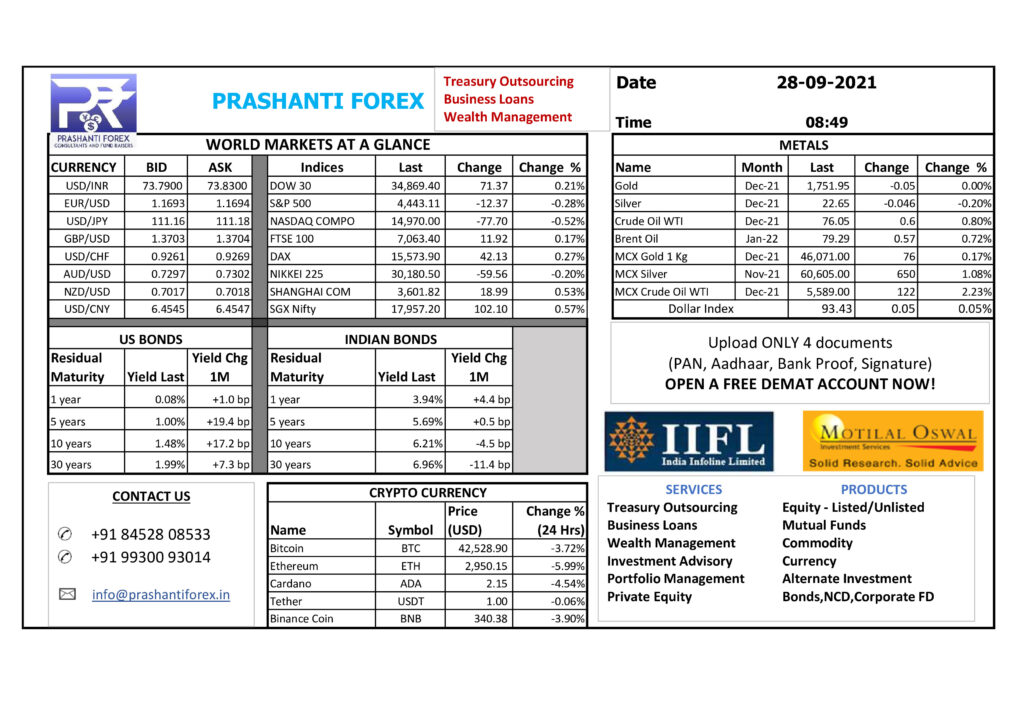 The risk-sensitive Australian dollar rallied and the safe-haven yen dipped to a nearly three-month low on Monday, as fears of widespread market contagion from indebted China Evergrande Group  receded.

The euro traded little changed at $1.17205, largely ignoring developments in German elections on the weekend, with the Social Democrats projected to narrowly defeat the CDU/CSU conservative bloc

The dollar index , which measures the U.S. currency against six major rivals, hovered in the middle of its range of the past week, trading slightly weaker at 93.240.

MSCI’s broadest index of Asia-Pacific shares outside Japan was 0.13% lower on Tuesday, following a mixed session on Wall Street In early trade Tuesday, Australia’s benchmark S&P/ASX200 index was down nearly 1%, while Japan’s Nikkei was off 0.6%. China’s blue chip index CSI300 edged up 0.1% at the open, as Hong Kong’s Hang Seng Index gained 0.44%.

Oil markets eased on Tuesday after a five-day rally as investors took profits on fears that higher prices may weaken fuel demand, though market sentiment remained firm amid tight supply.