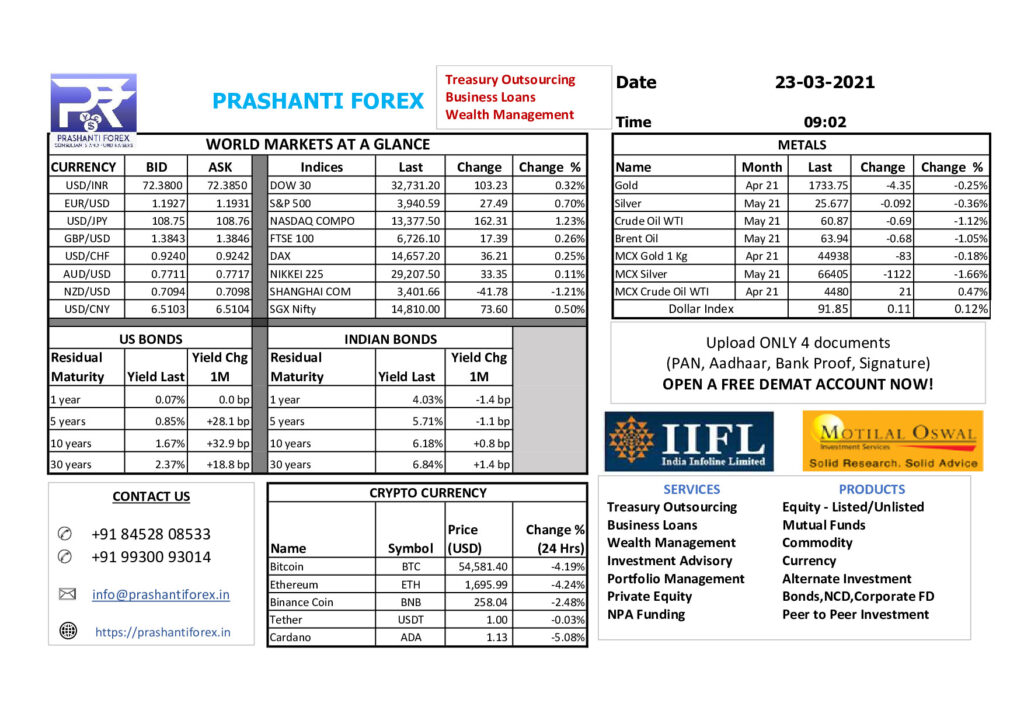 The Indian rupee is expected to trade little changed against the dollar, tracking rangebound moves in Asian peers. Corporate and portfolio flows and movements in Treasury yields are critical for the rupee this week, traders said.

The rupee will likely trade around 72.35-72.40 initially compared with 72.37 in the previous session

The U.S. dollar hovered below recent highs on Tuesday as investors looked to fresh comments from top U.S. policy makers to gauge how far they would allow U.S. bond yields to rise.

The dollar’s index against a basket of six major currencies slipped 0.32% on Monday and stood almost flat in early Asian trade at 91.815.

The Indian stock market is expected to open in the green following positive global cues. Trends on SGX Nifty indicate a positive opening for the index in India with a 57 points gain.