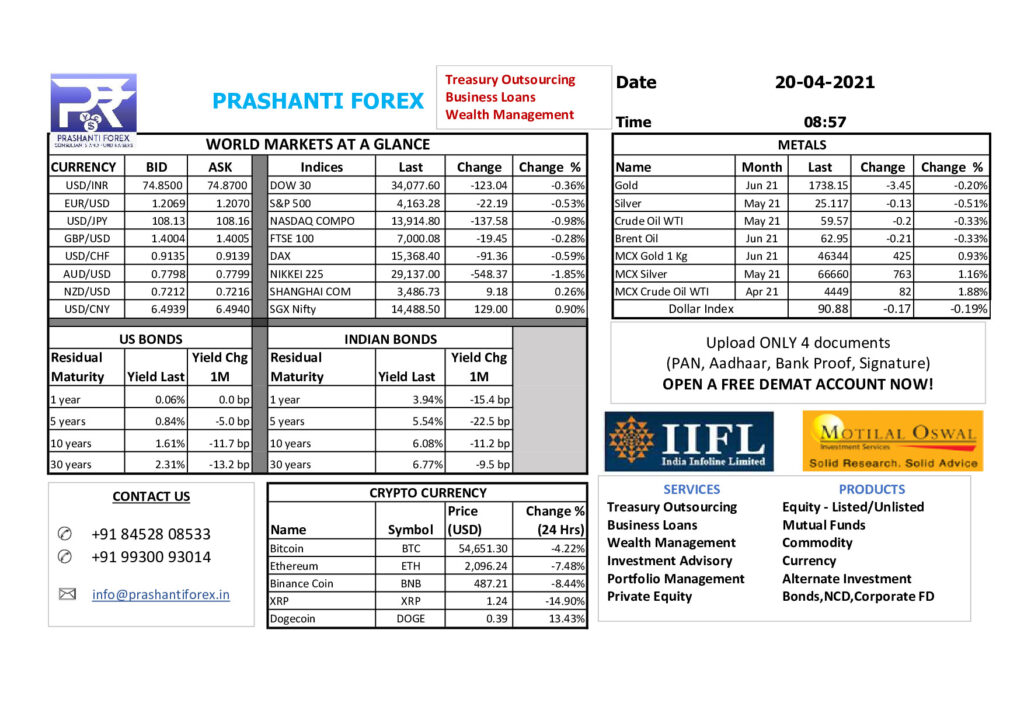 The dollar was pinned near a one-month low to major peers on Monday, with Treasury yields hovering near the lowest in five weeks, after the U.S. Federal Reserve reiterated its view that any spike in inflation was likely to be temporary.

Asian shares rose on Tuesday, led by a stronger Chinese opening and shaking off the initial drag from tech-driven Wall Street losses, while the dollar stayed at multiweek lows against other major currencies.

Oil prices edged higher on Monday, supported by a weaker U.S. dollar but gains were capped by concerns about the impact on demand from rising coronavirus cases in India.

World Markets
April 26, 2021
Subscribe to our Blog
By subscribing to our blog, you will automatically get a mail every time we publish any post
Book an Appointment
CEO – Rajat Prasad