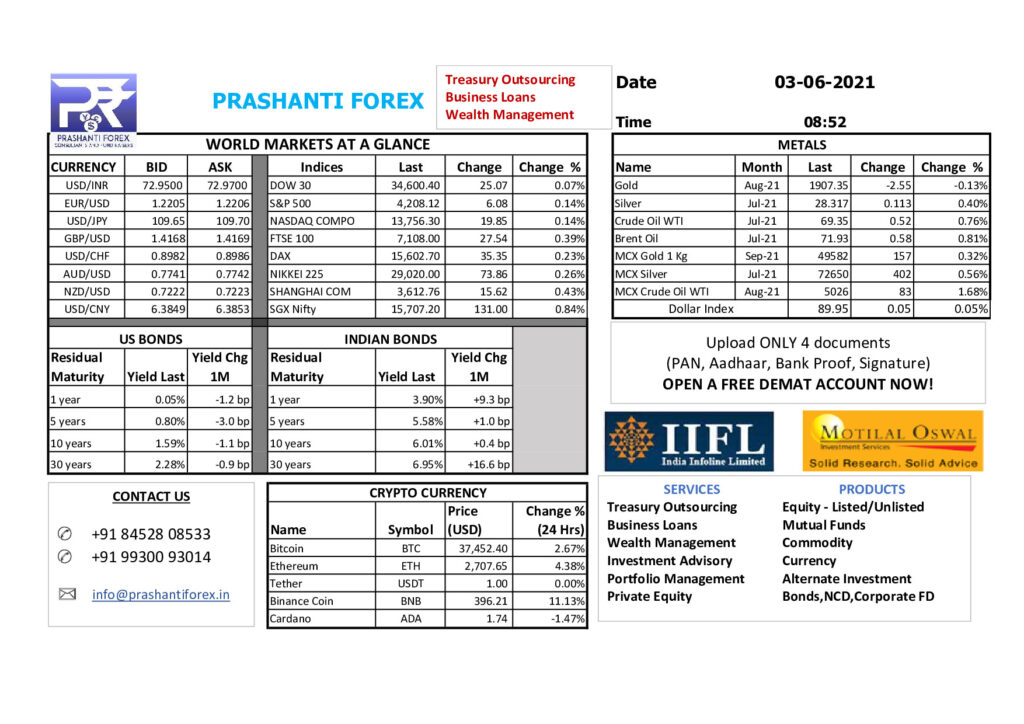 The U.S. dollar was wavering above major support levels on Thursday, as traders awaited a batch of U.S. economic data that could set the tone at central bank meetings later this month.

In Asia, startling gains in the Chinese yuan this week had also sparked speculation about shifts in Chinese policymakers’ stance on the currency, although it eased slightly to 6.3807 in early offshore trade on Thursday.

The dollar index, which measures the greenback against a basket of six major currencies, also held at 89.919 where it seems to have found strong support in recent weeks.

Asian shares were a touch below a recent three-month top on Thursday with China a tad weaker as investors weighed inflation concerns ahead of key U.S. economic data while oil prices rose to near 1-1/2 year highs.

MSCI’s broadest index of Asia-Pacific shares outside Japan rose 0.3% to 711 points. It went as high as 712.57 on Wednesday, a level not seen since early March.

Oil prices surged on Wednesday, hitting their highest in more than a year from a decision by OPEC and allies to stick to the plan to gradually restore supply, along with the slow pace of nuclear talks between Iran and the United States.