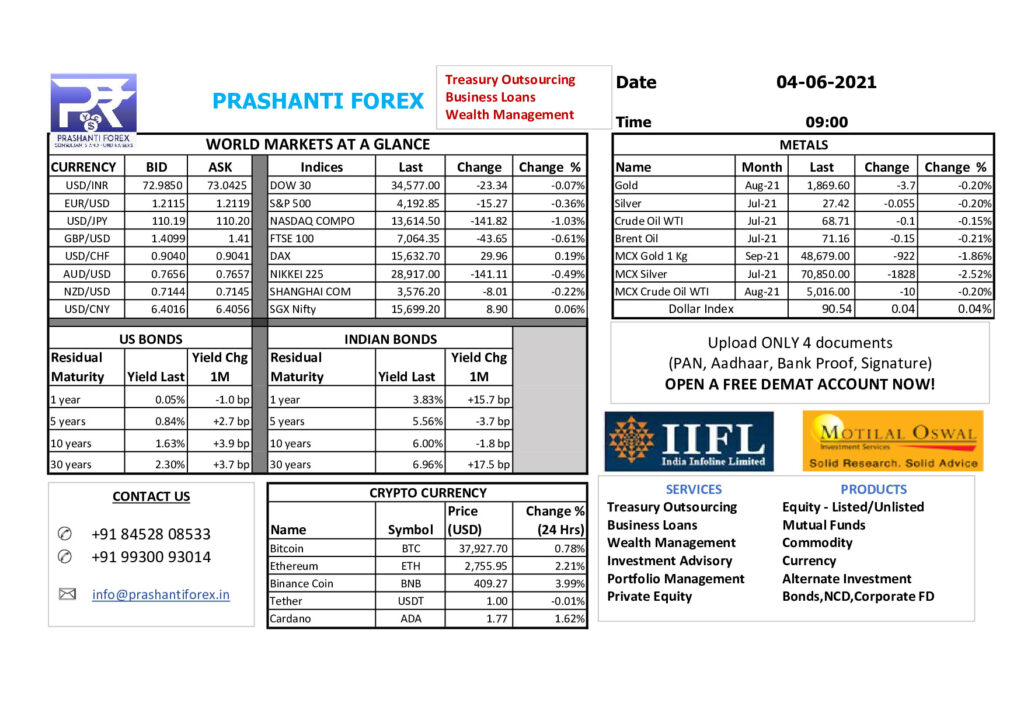 The dollar was perched near multi-week highs on Friday, basking in its biggest gains in about a month after robust jobs data threw investors’ focus on to the strength of the U.S. recovery and on the possibility of it driving policy tightening.

It lifted 0.7% to a three-week high of $1.2118 per euro and rose by the same margin to a two-month high of 110.32 yen. Gains topped 1% against the Aussie and the kiwi, which fell from recent ranges to their lowest in weeks.

The U.S. dollar index, which measures the greenback against a basket of six major currencies, rose 0.7% on Thursday to stand at a three-week high of 90.574 on Friday.

The Australian dollar was licking wounds at $0.7652, after falling to its lowest since mid-April overnight, while the kiwi was parked at $0.7136 after slipping to its cheapest since early May on Thursday. Sterling was steady at $1.4099 in Asia after dropping through its 20-day moving average as the dollar climbed. The yuan fell to 6.4014.

Japan’s Nikkei  fell 0.8% early in the Asian session, while MSCI’s broadest index of Asia-Pacific shares outside Japan  was off 0.3%. Chinese blue chips  slipped about 0.1% at the open. On Wall Street, the S&P 500  lost 0.4%, while the Nasdaq Composite suffered a 1% slide. The Dow Jones Industrial Average  fared relatively better, slipping 0.1%.

Ø  Steel becomes costlier; companies hike rates by up to Rs 4,900/tonne in India

Ø  In talks with Pfizer, Moderna, J&J to make vaccines in India: Foreign secy

Ø  Underwriters save another India bond auction ahead of RBI policy