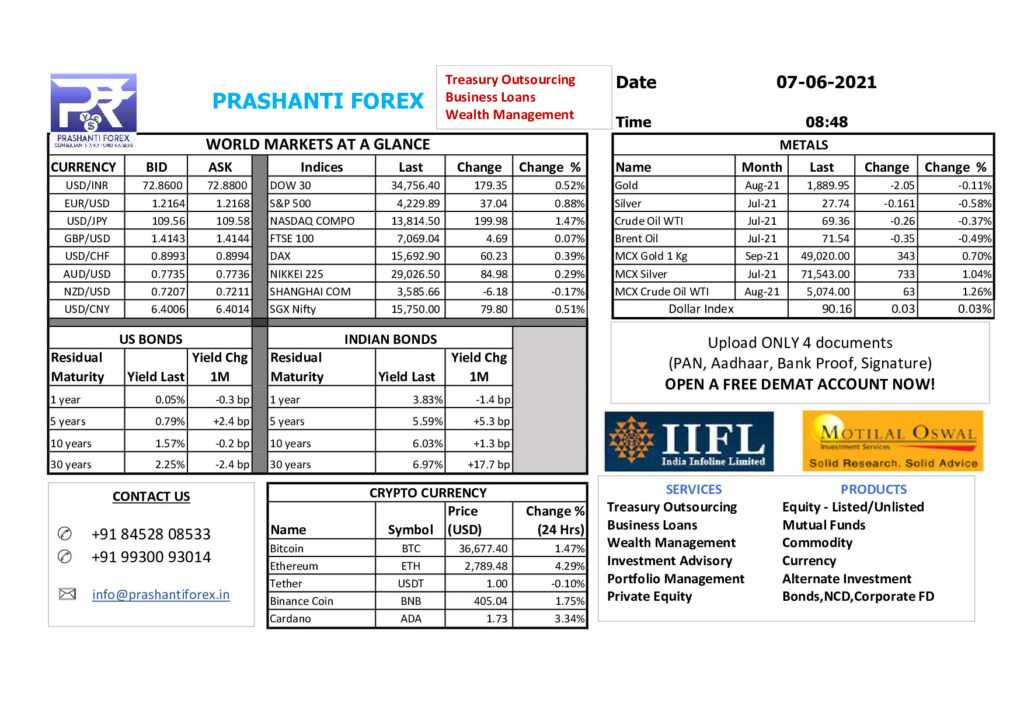 The U.S. dollar began the week under gentle pressure, after a second consecutive month of softer-than-expected U.S. jobs data reversed its recent attempts at a rally, as focus shifted to inflation figures and a European Central Bank meeting.

Friday jobs readout, which showed U.S. non-farm payrolls increasing by 559,000 in May, missed market expectations by nearly 90,000 and seemed to cool worries that the recovery was running hot enough to require early tapering of policy support.

After the data, the dollar unwound a broad bounce, and on Monday it opened in Asia near where it finished the week. A euro bought $1.2165, about 0.5% below the three-week high of $1.2104 it had struck on Friday.

The Australian and New Zealand dollars were back above 77 cents and 72 cents, respectively, and the dollar was back beneath 110 Japanese yen, last trading at 109.61. The U.S. dollar index, which measures the greenback against a basket of six major currencies, was steady at 90.107 in Asia

Asian shares turned lower on Monday as relief over the benign U.S. jobs report was chilled by caution ahead of key inflation data later this week, while a coronavirus outbreak in Taiwan took a toll on chip manufacturers.

MSCI’s broadest index of Asia-Pacific shares outside Japan slipped 0.3% and risked a fourth session of losses. Japan’s Nikkei edged up 0.2% and touched its highest in almost a month.

Taiwan stocks lost 1.7% as a spike in COVID-19 cases hit three tech companies in northern Taiwan, including chip packager King Yuan Electronics. Chinese blue chips were off 0.3% ahead of data on exports and imports for May.

Oil pulled back after hitting fresh multi-year highs on Monday, as investors awaited the outcome of this week’s talks between Iran and world powers over a nuclear deal that is expected to boost crude supplies.

Ø Labour codes on the cards: Cos’ PF liability to go up, workers to see reduction in take-home pay

Ø DHFL back in the black, posts Rs 97-crore net profit in March quarter

Ø India continues to be one of stronger markets among Asian Ems: Ritu Arora

Ø In a turnaround, FPIs buy stocks worth ₹7,967 cr

Ø Franklin Templeton investors to get ₹3,205 cr in fourth tranche

Ø Yellen says higher interest rates would be ‘plus’ for US, Federal Reserve

Ø Reliance Infra Board Approves Raising Up To Rs 550.56 Cr Via Preferential Allotment