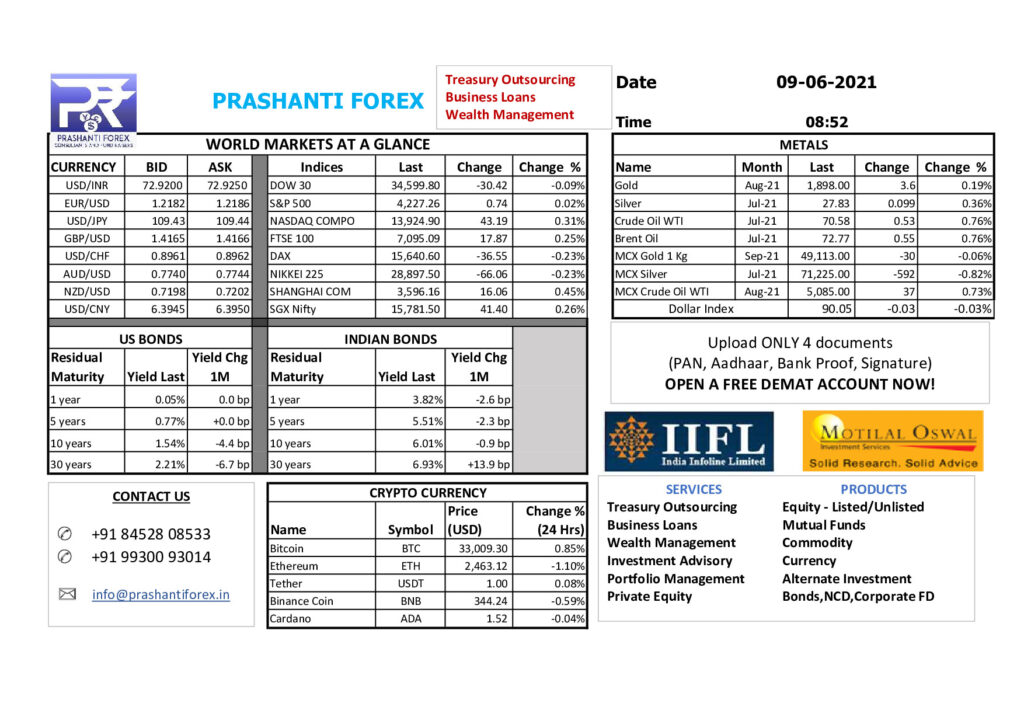 The U.S. dollar was subdued on Tuesday as investors looked to U.S. inflation data due later in the week after softer-than-expected jobs data quelled expectations of an early tapering in the Federal Reserve’s stimulus.

Asia Pacific stocks were mostly down Wednesday morning but moves remained small. Investors digested mixed inflation data from China while awaiting the same data from the U.S later in the week.

Oil prices rose on Tuesday, settling at the highest in more than two years after the top U.S. diplomat said that even if the United States were to reach a nuclear deal with Iran, hundreds of U.S. sanctions on Tehran would remain in place.