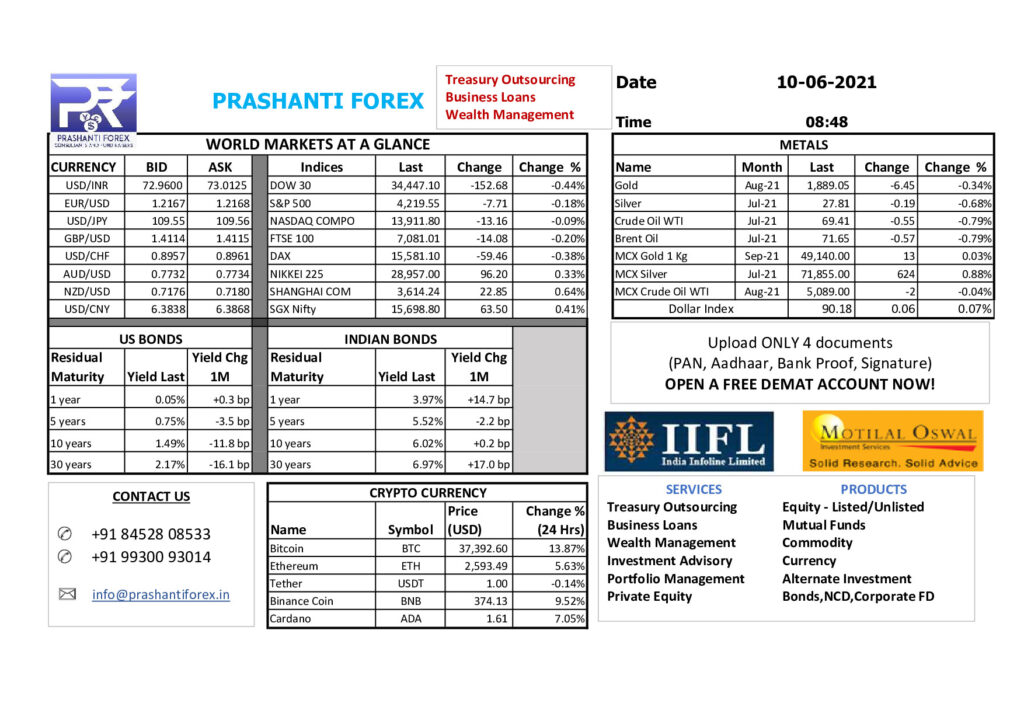 The dollar continued to hover near a five-month low versus major peers on Thursday as investors looked to key U.S. inflation data and a European Central Bank meeting later in the day to potentially set the direction for currency markets.

The dollar index has fluctuated narrowly around the psychologically important 90 level, and was last at 90.137. The euro rose to a one-week high at $1.2218 on Wednesday only to finish little changed, and was essentially flat at $1.2178 in Asia. The yen traded at 109.62 per dollar, also little changed from Wednesday and near the middle of the 109.19-110.325 range of the past two weeks.

Shares in Asia-Pacific edged higher in Thursday morning trade, as investors looked ahead to an upcoming release of U.S. inflation data for May.

Oil prices slid on Thursday as inventory data in the United States, the world’s top oil consumer, showed a surge in gasoline stocks that indicates weaker-than-expected fuel demand at the start of summer, the country’s peak season for motoring.