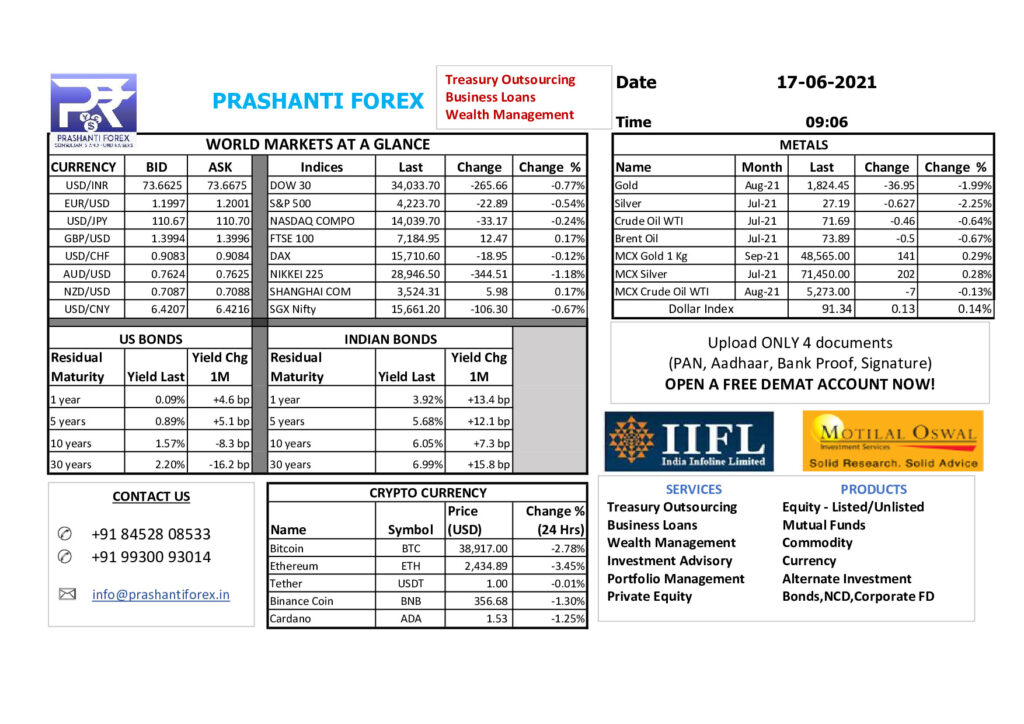 The dollar rose to its highest level in almost two months versus major peers on Thursday after the Federal Reserve brought forward its projections for the first post-pandemic interest rate hikes into 2023, citing an improved health situation and dropping a long-standing reference that the crisis was weighing on the economy.

The dollar index, which tracks the currency against six rivals, ticked up to 91.459 in Asia, building on its nearly 1% surge overnight, the biggest gain since March of last year. The dollar climbed to an almost two-month high of $1.1984 per euro on Thursday, extending its gain of about 1% from the previous session.

Shares in Asia-Pacific were mostly lower in Thursday morning trade, as investors watched for market reaction after the U.S. Federal Reserve on Wednesday moved up its timeline for rate hikes.

Crude oil prices fell on Thursday pressured by a stronger U.S. dollar, but losses were limited by a big drop in crude oil inventories in the United States, the world’s top oil consumer.