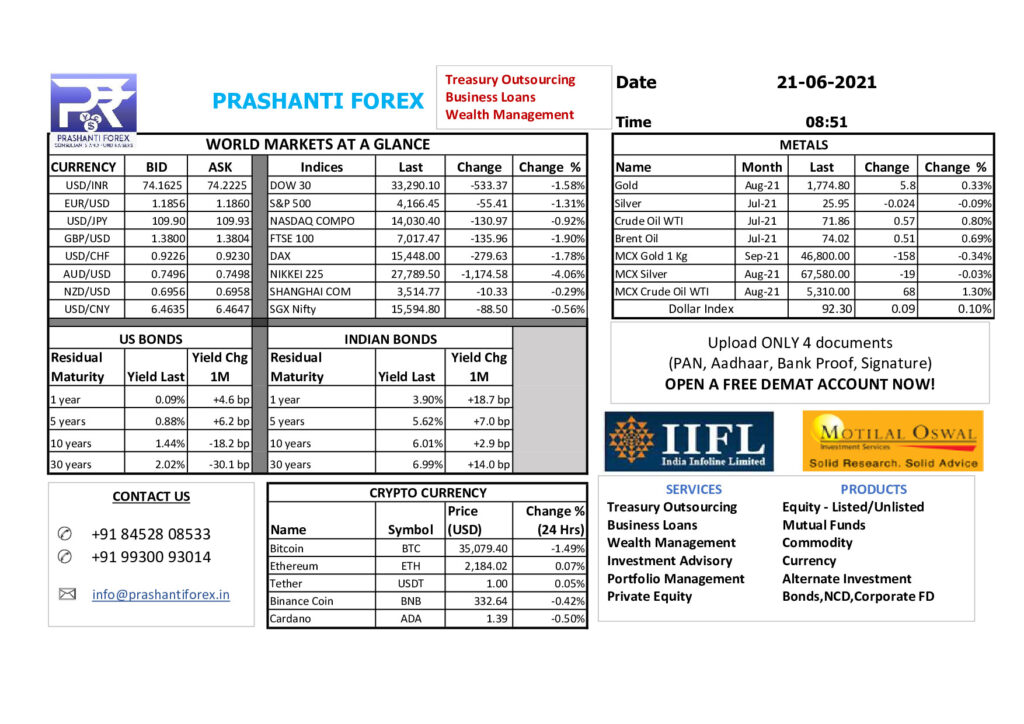 The dollar held near multi-month peaks against other major currencies on Monday, after the U.S. Federal Reserve surprised markets last week by signaling it would raise interest rates and end emergency bond-buying sooner than expected.

The dollar index, which tracks the greenback against six major currencies, stood at 92.232 after gaining 1.9% last week, its biggest rise since March 2020.

Asian stocks dropped on Monday as investors mulled the implications of a surprise hawkish shift last week by the U.S. Federal Reserve, while the Treasury yield curve flattened further with 30-year yields dropping below 2%.

Japan’s Nikkei led declines with a 3.3% drop and dipped below 28,000 for the first time in a month, while MSCI’s broadest index of Asia-Pacific shares outside Japan fell 1% in early trading. Chinese blue chips opened 0.4% lower, and Australia’s benchmark slid 1.8%.

Oil prices nudged up on Monday, underpinned by strong demand during the summer driving season and a pause in talks to revive the Iran nuclear deal that could indicate a delay in resumption of supplies from the OPEC producer.