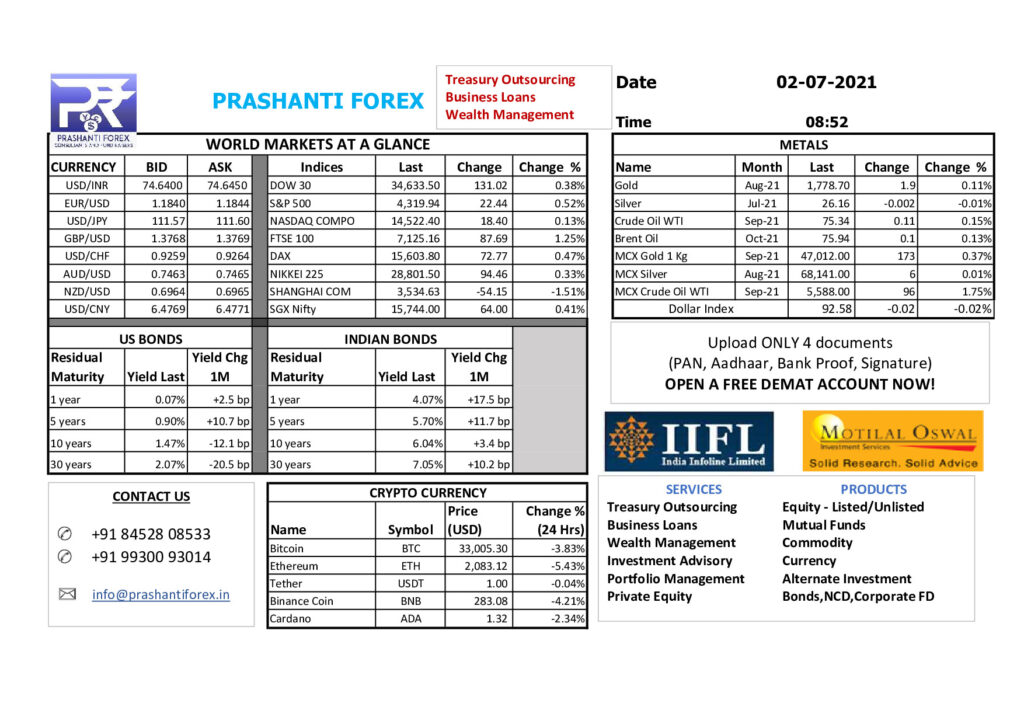 The U.S. dollar was perched at a 15-month high on the yen and at multi-month peaks against other majors on Friday, as traders wagered strong U.S. labour data could lift it even further.

The dollar has climbed 0.7% against the yen this week and hit its highest since March 2020 on Friday, as investors have re-assessed short dollar positions following months of strong data and a hawkish shift in tone from the Federal Reserve.

It crept to a fresh two-and-a-half month high of $1.3752 against the British pound and sat near its highest since December against the Australian dollar at $0.7467.

The U.S. dollar index was steady at 92.549 in Asia, having gained 0.8% over the week so far and moves elsewhere were slight as markets await the U.S. data.

Asia-Pacific stocks were mixed in Friday morning trade as investors look ahead to a closely-watched U.S. jobs report set to be released later.

Oil prices held steady on Friday after OPEC+ ministers delayed a meeting on output policy as the United Arab Emirates balked at a plan to add back 2 million barrels per day (bpd) in the second half of the year.