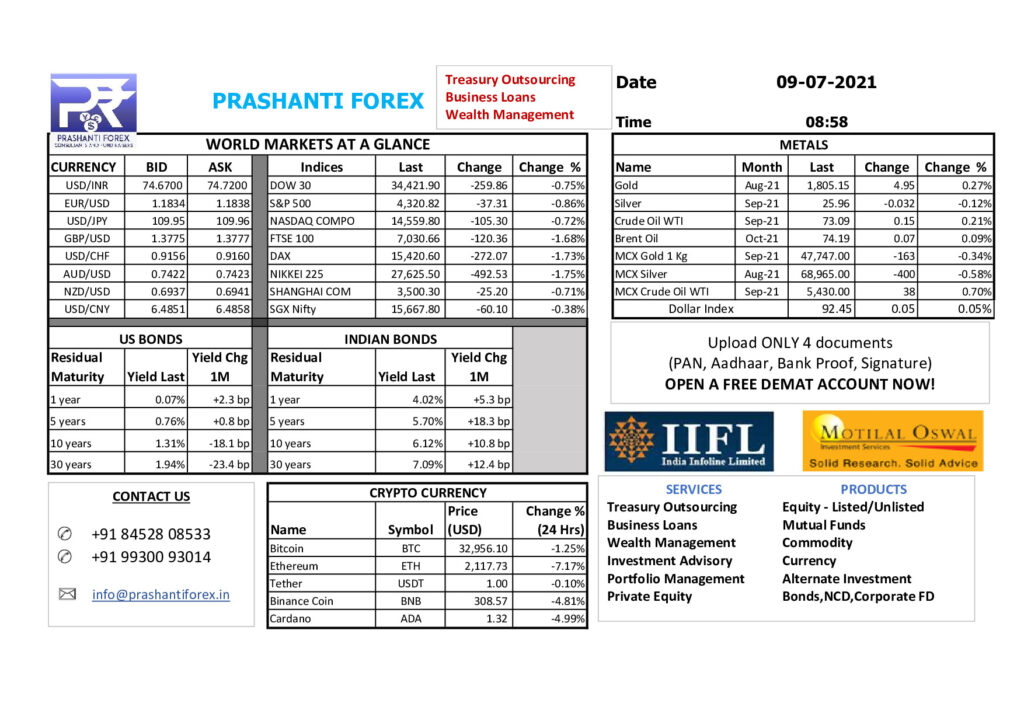 The safe-haven yen and Swiss franc stood tall on Friday, while risk-sensitive currencies including the Australian and New Zealand dollars languished near multi-month lows as investors turned cautious about the global economic recovery.

Shares in Asia-Pacific fell in Friday morning trade as investors reacted to the release of Chinese inflation data. China’s consumer price index for June rose 1.1% as compared with a year ago, data from the country’s National Bureau of Statistics showed on Friday. That was lower than expectations for a 1.3% year-on-year increase by analysts in a Reuters poll.

In Japan, the Nikkei 225 led losses among the region’s major markets as it fell 2.01% in morning trade while the Topix index shed 1.85%. Mainland Chinese stocks also slipped in early trade, with the Shanghai composite shedding 0.49% and the Shenzhen component declining 0.991%. Hong Kong’s Hang Seng index sat below the flatline.

Oil prices were mixed on Friday after a boost from a drop in U.S. crude and gasoline inventories, but were still set for a weekly decline on concerns that an OPEC+ impasse could swell global crude supplies.

Both benchmarks were headed for a loss of nearly 3% for the week, as traders remained worried that the collapse of talks between the Organization of the Petroleum Exporting Countries and allies including Russia, a group known as OPEC+, could lead to a rise in crude supplies.