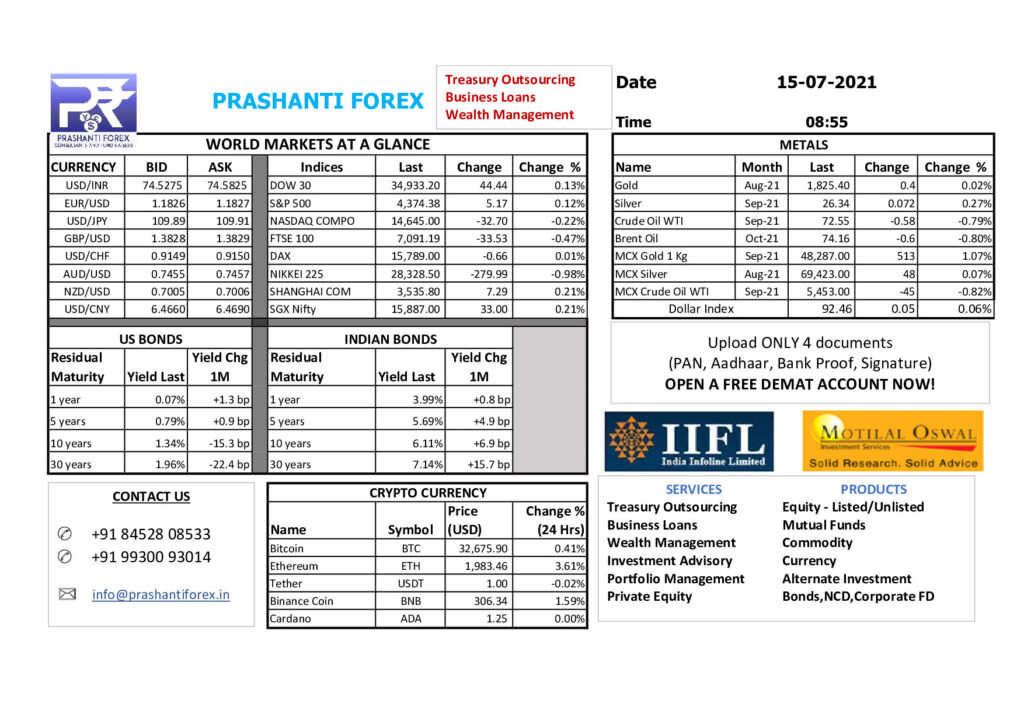 The dollar pared recent gains on Wednesday after Federal Reserve Chair Jerome Powell told Congress the U.S. economy was “still a ways off” from levels the central bank wanted to see before tapering its monetary support.

The yen held overnight gains to trade at 109.88 per dollar, a one-week high. Sterling slipped below its 20-day moving average to $1.3840. The Chinese yuan eased from an overnight one-month high and was last at 6.4613 per dollar in offshore trade.

Asian shares held firm on Thursday after Federal Reserve Chair Jerome Powell said the U.S. economy was “still a ways off” from levels the central bank wanted to see before tapering its monetary support.

MSCI’s broadest index of Asia-Pacific shares outside Japan was little changed in early trade while Japan’s Nikkei dropped 0.4%. Wall Street shares were mixed, with S&P ending 0.12% higher and Nasdaq down 0.22%.